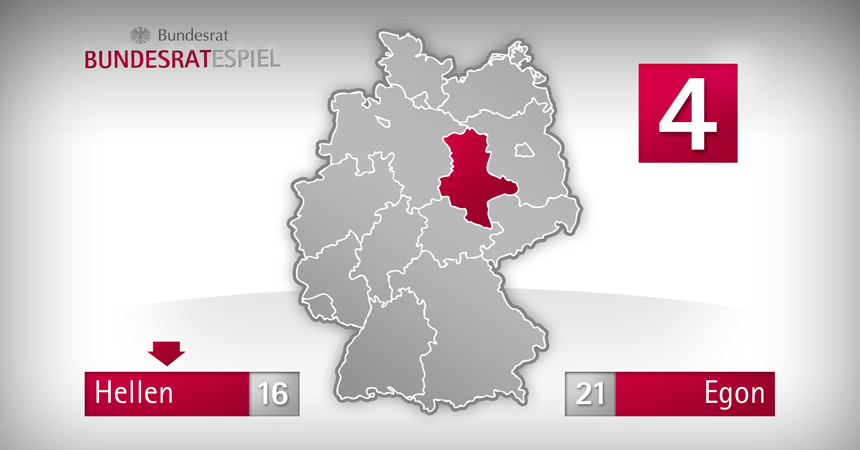 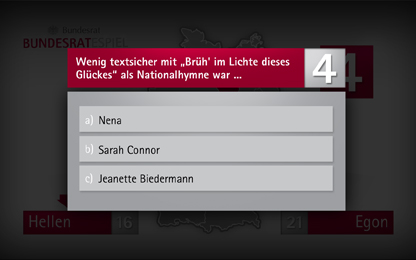 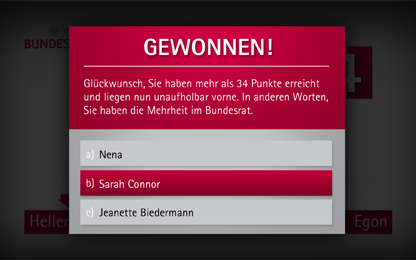 Try to obtain a majority in the Federal Council of Germany

Can you obtain a majority in the Federal Council of Germany?

We had both the honour and the pleasure of creating a great project for the Bundesrat, one of the constitutional bodies of Germany. To be precise, the Bundesrat represents the sixteen states of Germany at federal level. On the German national holiday, the German Unity Day, people will stream through the open doors of the institution hoping to be entertained.

So the Bundesrat requested a special quiz game from us. In the course of a very pleasant and productive cooperation, a richly Flash-animated game with many references to the Bundesrat arose. For example, the amount of votes a certain state has in the Bundesrat make up for the amount of points that a candidate can earn for the following question. Which state that will be is determined by the candidate who, using a buzzer, stops the flashing icon which lands on a state on a German map. The candidate who reaches 35 points first, wins. Congratulations!